A quick couple taken swiftly.  I would have liked more time but they came out better than I thought.

This is about my fourth attempt at using bulb mode in my camera. It was tricky to get the focus right and I am going to get a very powerful torch to help me improve the sharpness.

I hope you enjoyed looking and as usual all advice happily accepted.

Shireoaks canal recently on a sunny but chilly day.

I am trying to develop myself into a reasonable photographer.  My efforts will be shared and I will happily accept any advice or tips to improve.  I am a novice and enjoy photography a great deal.  Please feel free to comment or share your pictures with me.

I have blogged previously about my adventures in a sawmill and my exit from that was swift.  I was then done a “favour” by my uncle and secured a YTS job in Mackay’s Carpet Factory in Gilesgate near Durham.  You will have noticed I used the term YTS.  This stands for youth training scheme.  This paid £25 per week and I slowly realised that the slave trade was alive and well and being supported by central government.

If you were still alive and still attending your scheme at the end of your six months you might be offered a job.  I started the scheme after a colour blindness test showed I was not colour blind.  As I had passed this test I was provided with a brush to sweep the floor??  I swept up large areas for hours and after a couple of weeks I was allowed on the wool bailing machine.  This compressed wool and was squashed by the operator pulling a lever on a ratchet to squash the wool and tie string around it.

The obligatory hard hat was provided for wool squashing because if you missed the ratchet the lever would spin and hit you on the head.  This almost killed me twice and was joyless.

I enjoyed sorting wool bobbins of different colours into containers (which you were always short of) and the wool would rain on you like an avalanche because the winders were on a bonus scheme to wind as much wool as possible.  It was horrible and the women were tougher than the men.

luckily my uncle had a real sense of humour and felt the need to entertain himself by grabbing my legs as he passed and tipping me into the containers, hilarious at first, unpleasant the rest.

There were some fun times such as if one of the chaps fell asleep in the smoke room with a newspaper on their lap, others would happily ignite it for them.  Waking from a slumber and seeing flames leaping around your legs seemed to give these victims a bit of a shock.

The boys would talk about the old days when young apprentices would start at the factory and if they were cheeky they got the pipe treatment.  I made the mistake of asking one of the older chaps what this was.  It was simple and not fun for the victim.  It involved a couple of lads pinning the victim up against the wall whilst a fellow named Jack Gething, who has sadly passed on now, puffing away on his pipe, ensuring you got to breathe as much in as you could from right in front of your face.  It was simple to hold your breath, but a punch in the guts made you inhale big and exhale, only to cop another lungful of Jack’s inferno of a pipe.

I was a cheeky sort back then so I had the pleasure of the chaps grabbing me and subjecting me to the infamous pipe treatment.  I can safely say I actually turned 5 shades of green and it made me seriously sick.  Oh how they laughed. oh those were the days.

At the end of the scheme I felt I should have been awarded some sort of medal but I got better than that I was kept on in a full time contract.  My salary trebled and I was getting £80 per week.  I likened the contract to being in prison and someone saying you have to do a few more years rather than be released. Oh but I was in the big time now!

I got a top gig in the wool bins which meant I got to work a motorised hoist to lift bales of wool.  They got weighed and myself and Kenny Ward, my gaffer got to stack 8kg bundles of wool all day.  The only respite was lunch time when I ate my paste sandwiches.

The wool bins did provide entertainment as they were about 20 feet high and I used to hide from a bloke called Jerry and throw 8kg bundles of wool at him.  I knocked him over a couple of times and I drove him nuts.  He turned the fire hose on me one day and got into big trouble for damaging thousands of pounds worth of wool.  He called me some pretty bad names on those days I wound him up but he was a top man.

Suffice to say the factory game me my leg up and I am grateful for the opportunity I got from my uncle but I enlisted into the army on my 18th birthday.  I wanted to be a soldier as I thought it could be no more dangerous than the factory,

After leaving school with more CSE pointless qualifications than most of the masses that lefts school with me, I was in employment faster than most.  I got myself a job at a Sawmill near Durham and felt really good about it.  I was completely oblivious to my impending doom as I set off to start my first week.

The first thing I should point out is that it was a physically demanding job and I weighed about seven stone in my clothes, furthermore, I had biceps like knots in cotton.  I was a pretty ragged specimen when compared to the other lads.

One of my first jobs was to go into a place named “The Pit”  It was a small room about three metres square that was under a massive band saw.  It was like being in a wood shaving winter wonderland as the sawdust billowed down relentlessly.

My job was to shovel the sawdust towards a suction hole that took the sawdust away to a far bigger facility (I was to experience this facility a number of times).  I did this for two hors at a time and had lunch in the middle of the day.  The sawdust got into every part of my body and was all over me.  The last time I had this much fun was probably at a funeral or tooth extraction.

I am not going to lie to you, I think I was pretty useful at moving sawdust and it was not long before I got to “The Show” I was in the main pit with a bigger shovel.  I could see sawdust as far as my vision could stretch and it was a joyless place.

I did not mind either of the pits of saw dust but the straw that broke the camel’s back was being asked to feed the owners rabbits.  I was a top sawdust man but I was not the company zoo keeper.  It was the owner that told me to do it and when I refused the owner grabbed me by the scruff to express his disquiet.  We exchanged views and he stormed off.

It turns out that the following day the company decided they did not need a sawdust man as they could replace me easily!  I disagreed and described my work as vital.  They gave me my P45.

To this day I believe you haven’t lived unless you have laid in a bath that is completely covered with a film of fresh sawdust floating on it.  Oh and my salary of £35 per week meant I was the high roller in our village.  I still hate sawdust. 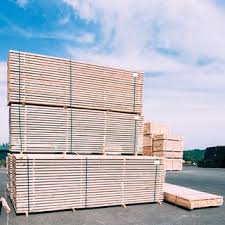 2. I was lucky enough to see Chesterfield play on Saturday.  I had fun although they lost.  I had a lovely meal, a good laugh and a stadium tour.  Loved it.

3.  Former pupil and current professional footballer Liam Palmer dropped in to support us with a coaching session for charity.  A great lad and always good to chat to.

4. A night in the man-cave is always a winner.  I am excited about reading in here in the summer.  It is my peaceful place.

5. Learning to take better photographs and this one is my favourite.  I used bulb mode and it came off.  I am having this printed for my office and cave.

6.  A foot spa that I discovered in the street.  I thought it was funny so I took a snap.  I guess you had to be there.

Kids and outdoor education.  I feel it’s so important.  Picture sums it up for me.

My first ever attempt at Sunday Sevens.  A blog post that sums up a week in pictures when there is not enough to write a whole post each day.  You can check it out at Natalie’s blog here.

A great effort to show the children how to push hard to conquer their fears. An amazing effort and everyone must see this.